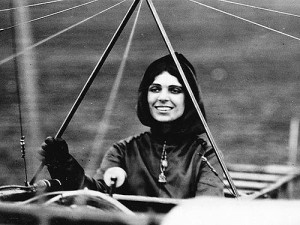 March is Women’s History Month.  so it is fitting that America’s first woman pilot graces our monthly flyer. Harriet Quimby (May 11, 1875 – July 1, 1912)  was an early American aviator. In 1911, she was awarded a U.S. pilot’s certificate by the Aero Club of America, becoming the first woman to gain a pilot’s license in the United States. In 1912, she became the first woman to fly across the English Channel. Although Quimby lived only to the age of thirty-seven, she had a major influence upon the role of women in aviation. To read more about her: First lady of the air